The quality of life for Mississauga residents depends on both high-quality municipal services and infrastructure. However, lingering operating pressures caused by the COVID-19 pandemic and the growing infrastructure gap have made it hard for municipalities to deliver quality services and build and maintain 21st century cities.

For the City of Mississauga to recover, we need the next provincial government to be a dedicated partner committed to providing ongoing funding to support both operational and infrastructure needs.

What we need the next Ontario government to do

The following two examples are ways that the next provincial government can support us.

Ongoing Safe Restart funding
Ontario has faced the longest and most widespread public health measures in all of North America. As a result, a strain has been put on our revenues. For example, lockdowns decreased transit ridership, which impacted our revenues from fares. They also decreased air travel, impacting revenue generated from the Payments in Lieu of Taxes (PILTs) paid by the Toronto Pearson International Airport. Other revenue sources impacted include program enrollment and membership fees.

In response to significant advocacy from municipalities throughout the pandemic, the federal and provincial governments developed the Safe Restart Program. The program provided funding to municipalities in Ontario to offset revenue losses (POA, transit, recreation, etc.,) and ensure municipalities could continue to provide critical services. Through this program, the City of Mississauga received $141.5 million in total to offset operating shortfalls.

Traditionally, the focus of the federal and provincial governments has been on capital investments. However, the COVID-19 pandemic has made it clear that we need ongoing investments in the operation and delivery of critical municipal services. The Safe Restart Program is a good example of how all three levels of governments can work together to make this happen. This is why it’s important that the next provincial government is committed to continuing the Safe Restart Program.

Infrastructure funding
The City of Mississauga receives only nine cents of every tax dollar collected by governments in Canada. However, we are responsible for paying 60 cents of every dollar spent on infrastructure. The math doesn’t add up.

While our revenue balances the need to maintain our infrastructure, fund new projects as required, and minimize debt, it doesn’t fully support all capital requirements. As a result, the condition of some of our assets is starting to decline. We must repair these assets promptly, as the longer they are allowed to deteriorate, the more the cost to repair them will be.

In the past, we were able to manage because of our financial strength and the polices and practices Council adopted over the years, such as the infrastructure levy. However, now with an average annual infrastructure gap of approximately $40-45 million, we are struggling with funding shortfalls. We can’t maintain or grow our infrastructure on the local tax bill alone. For us to keep building Mississauga into a world-class city, we need long-term, predictable and sustainable funding from the provincial government.

About the infrastructure levy

HOW YOU CAN HELP 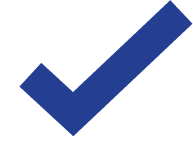 Vote in the provincial election on Thursday, June 2, 2022.

Get engaged in the conversation on Twitter by #MississaugaMatters

Find us on social media